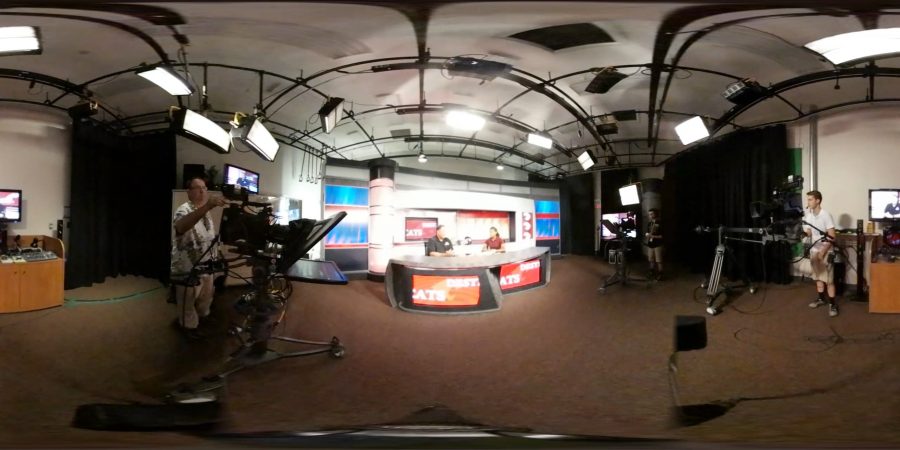 The Advanced TV Broadcasting and Interactive Media Teams at the Satellite Center have been experimenting with the new Samsung Gear 360 Camera.  The camera records 360 degree video of an event and is a good way to get a look at some of our productions from behind the scenes.  The video works well on mobile devices and in Google Chrome Browsers.

Here is a video shot at the Slidell vs Destrehan Football game by the Interactive Media Team.

Here are a couple of behind the scenes videos shot during production of the Hahnville and Destrehan On The Prowl shows shot in the ATVB Studio and Control Room.

And here’s what the video looks like “stitched” but not in 360.